Interviews with Sarah, Neil, and JosephThree people tell their stories about being in a CSS Safe Spot Community 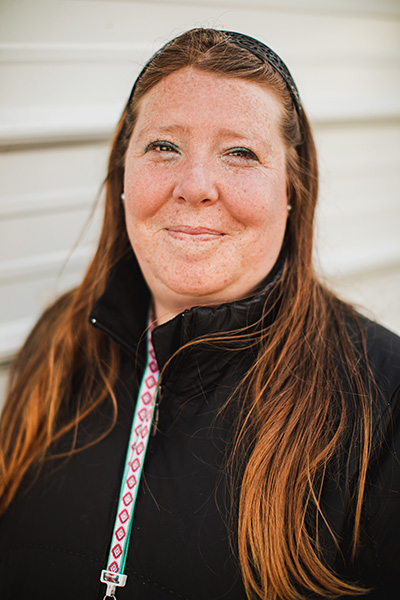 She has experienced periods of homelessness since 2013 when her ex-husband kicked her out of their apartment and then a sister she lived with decided she should go to the Mission.

Sarah, who suffers from multiple cognitive disorders, says the hardest part has been never having a stable place to live.

Her most recent experience without a home lasted a few months after she again left her sister’s house. She stayed with friends or slept under the Washington-Jefferson Bridge and began checking in with Community Supported Shelters, hoping to get into a Safe Spot.

She was accepted into the Roosevelt Safe Spot in May 2018. “It was a big deal,” she says. “They were people who were very friendly and helpful. If it wasn’t for them, I don’t know if I would have been as motivated to get on my feet.”

With her rediscovered motivation, support from her peers in the camp, and guidance from her CSS action plan advisor, Sarah was able to get General Assistance funding through the Oregon Department of Human Services. With that income, she moved into a studio apartment in March through Cornerstone Community Housing. Soon after, she won a court case to receive Supplemental Security Income, including some back pay.

“I was really happy,” she says, “because I suddenly realized I was living on my own now. I’m doing really well.” She’s sharing her new home with a kitten named Midnight, whom she recently showed off to the folks at the CSS office. She plans to move in with a cousin next year to save money. But, for now, she’s happy being on her own

“I don’t know where I would be [without CSS]. I could still be sleeping under a bridge.” Instead, she says, “I finally have my own place.” 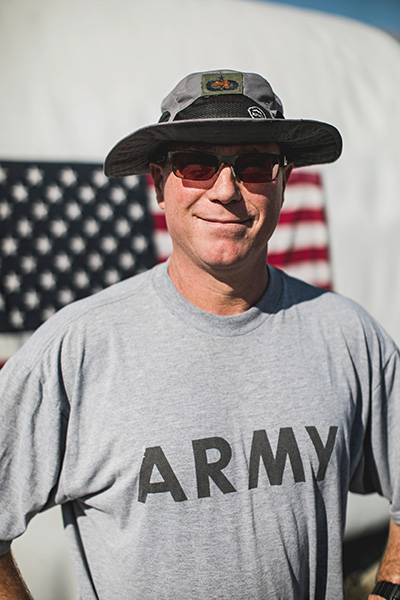 After serving three years’ active duty in the Army and twelve years as a medic in the National Guard and earning a degree in social services and landing a job with the Salvation Army, he became involved in a “really bad relationship” and committed an act of domestic violence that led him to prison.

“It was a huge mistake,” he says. When police came to the scene, he says, they weren’t going to press charges because of his clean record, but Neil told them, “No I need to go away. I need help.” He served three years at a facility that specialized in cases of domestic violence: “And I got the help I needed,” he says.

But the consequences of that felony on his record were “catastrophic.” His chances of employment in social services were close to zero. He lived at Sponsors transitional housing in Eugene after prison and then the Mission. But that wasn’t working out. He feared “going homeless,” he says. “I was heading in a direction that I wasn’t real comfortable in.”

Then he got into the CSS Vets Camp late last year.“They embraced me when they really had every reason not to because of my past history. They overlooked that and they saw the man that they see before them now. I made the changes, but they gave me the hope.”

Neil quickly rose to a leadership position in the camp and now works as a paid part-time staffer doing maintenance at the CSS shop.

He’s waiting to receive disability payments from the Veterans Administration. But even when that “magic happens,” as he says, and he can move on from the camp, he wants to stay involved with CSS. “I don’t perceive myself doing anything else but living my life and giving back to CSS.”

“Now the future’s really looking bright for me.” 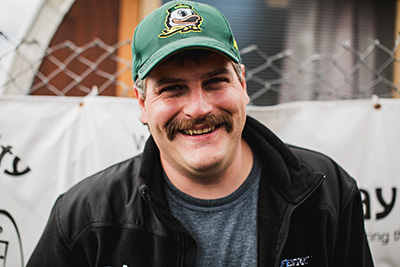 While he was living at the CSS Expressway Safe Spot, Joseph had gone “completely nuts” for 48 hours after taking some methamphetamine he found while collecting redeemable cans.

Instead of kicking him out, CSS staff and his fellow campers tried to help him. He apologized to a camp meeting and received strong support from his peers. To stay in the camp, he had to take urine tests and pursue treatment for addiction and mental health issues.

Joseph had become homeless after his mother, with whom he shared a house, died in March 2017. He had quit his job at a bar and grill to take care of her. He took in roommates to try to keep the house but he couldn’t find work—at least partly, he says, because he was smoking “weed”—and could no longer pay rent.

For more than a year, he spent time at the Mission or camping in various spots. While he was sleeping by the river one night, someone tried to cut into his tent and steal his belongings. He woke up in time to scare them away, but he was relieved to get into the Safe Spot soon after that.

He appreciated the safety of the camp, the kitchen facilities, help with hygiene supplies, and getting mail at the CSS office. But, he says, he kind of wasted his first 6 months because of an ongoing drinking problem, until the meth incident spurred him to change over his last 4 months in the camp.

Last May, he moved into a Hut next to a church. He’s been working part-time jobs and continuing treatment and attending Alcoholics Anonymous meetings. He says his mental health is “pretty much stabilized” though he still struggles with anxiety. He’s been sober a couple of months and he feels ready for a full-time job and his own place—and maybe even a girlfriend.

“Community Supported Shelters, they’re really good people,” he says. “They’re one of the most crucial groups that the homeless community needs.”